Realtor of the Year

Melissa Lesniak, Strafford County Board of REALTORS’ 2021 Realtor of the Year! 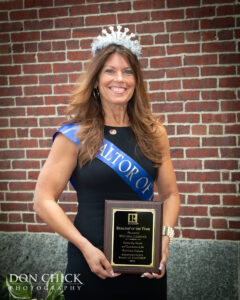 Melissa Lesniak with Keller Williams Coastal Realty is this year’s REALTOR Of the Year winner.

Melissa most recently has served as President of the Rotary Club of Dover and sits on a large list of Committees and Charities on the Seacoast and within Strafford County.  To name a few, Dover Police Juvenile Diversion Program, United Way- Women’s United, Dover Mental Health Alliance, Dover Main Street Board of Directors, Dover Chamber, Big Brother/Big Sisters,  She has been an Ambassodor on the Dover and Rochester Chambers of Commerce, and serves as one of the Assistant Governors for the Dover Rotary Club.  She has served on NHAR’s Professional Development Committee.  Within the Keller Williams Community, Melissa has received the KW Double Gold Production Award more than once.  Melissa began her career in real estate over 16 years ago and was a SCBR Scholarship Winner as a Senior at Somersworth High School!  She was inducted into the Strafford County Board of REALTORS in 2005 after working in the pharmaceutical sales arena in the NH/Maine area.  Over the years, Melissa has served on Community Service and Education Committees here at the Strafford County Board of Realtors along with various task forces and event planning for member events.  Melissa ends every email with “Always here to help” displaying that great REALTOR spirit.  Melissa is a mentor to new agents within KWCR helping them to learn the business and creating check lists and systems to succeed.  She is also a trainer who loves to teach and ignite and serves on the KW Associate Leadership Council. Melissa resides in Dover and loves where she lives, works and plays.

Lee Ann Parks, Strafford County Board Of Realtors’ 2020 Realtor Of The Year! 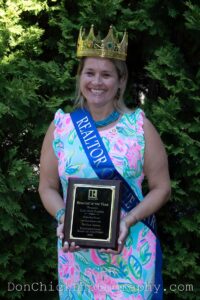 Lee Ann has served on SCBR’s Board of Director’s beginning as the Education Chair, then moving up to Secretary and presently serves as President Elect.  Lee Ann will head up SCBR’s  Board of Director’s as President in 2021.  Lee Ann lives in Dover with her three sons and two Golden Retrievers.  She began her career in real estate in 2005 and owned a small boutique RE/MAX office in Durham for over seven years working with buyers and sellers. In addition, she worked with commercial student housing developers assisting them through the purchasing of land and advocating on their behalf through the approval process.  Lee Ann has received numerous awards from RE/MAX corporate including recognition in the 100% percent club.

Before joining the Bean Group in Portsmouth, Lee Ann worked under the Keller Williams Coastal Realty umbrella where her volume was $15 million.  She was invited two years in a row to be on the Agent Leadership Committee and was within the top twenty percent of the company.  Lee Ann is a licensed Broker in NH and Maine and she also has her luxury CLHMS designation.  Her production has consistently awarded her a spot among the top 10 producers of the Strafford County Board of Realtors.  Lee Ann has won the Platinum Circle Achievement at Bean Group.   This is the highest achievement level recognized at Bean Group and recognizes agents who closes $12M and above in annual sales and/or 50 or more closed transaction sides!  Lee Ann’s personal experiences have given her the opportunity to understand the real estate transaction process from every aspect and it is these experiences that allow her to better serve her clients.

Lee Ann is an integral part of SCBR and serves on many of the Association’s Committees and Task Forces.  She is always one of the first members to raise her hand when a slot needs to be filled or a task needs completing.  When not working or volunteering within the Dover Community,  you can find her throughout New England watching her sons playing competitive travel hockey.  On warm spring days,  she is in her garden preparing and planting flowers.  An avid runner, Lee Ann has also completed several marathons!

Karen Mairs, Strafford County Board Of Realtors’ 2019 Realtor Of The Year! 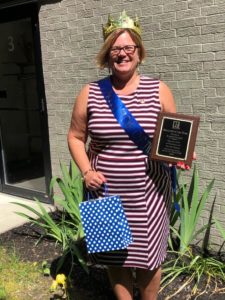 Karen is with Keller Williams Coastal Realty out of Dover and has been the Treasurer on the Strafford County Board of Directors for 5 years along with serving on SCBR’s Community Service Committee and heading up quite a few SCBR Task Forces!  Karen can always be counted on to pitch in here at SCBR and does so with a witty remark and a smile on her face!  In Karen’s spare time away from SCBR and the Board, she enjoys spending time with her family on the water, volunteering in many capacities on Starr Island, working with Akita Rescue and traveling to tropical destinations.

Nate Dickey, Strafford County Board Of Realtors’ 2018 Realtor Of The Year!

Nate is the Operating Principal at Keller Williams Coastal Lakes and Mountain Realty.  Nate has served on the Strafford County Board of REALTORS for many years as a Director and presently heads up SCBR’s Board as President.  He was also SCBR’s President in 2017.  Nate is a member of 6 New Hampshire Boards as well as Boards in both Massachusetts and Maine.  Nate is also active at the State level and is a member of NHAR’s Legal Committee.  He is an advocate for the Cancer Society’s Relay for Life and is a volunteer on numerous area charities and committees.  Nate calls the Lakes Region home and in his spare time enjoys boating with his wife and his two children.